The guide to take-away games on holiday (2018 edition )

It’s a tradition since 2015, every year we produce a small guide to board games perfect for the holidays by selecting some titles easy to transport among the releases of the last 12 months. Here is our selection 2018! 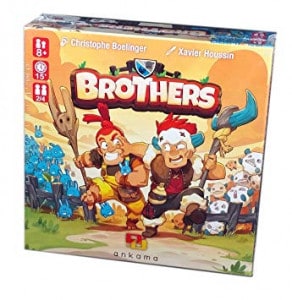 Brothers is a simple little abstract game that is played in two steps. First of all, the players compose the game board, and then they will have to place a maximum of their geometric pieces to win. The experts of the abstract game may be quick to make the rounds, but for the small players we are, it’s original, light and very nice. 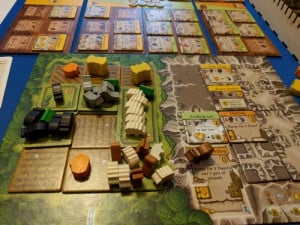 Caverna, cave against cave is a small management game that has only the theme in common with the Big Board Game of the same name. Based on a very well thought out share-share system, this is the most gamer game of this selection. However, the parties rarely exceed half an hour.

For All: Cap 10 Playbook

CAP 10 is played by itself rather than by two players (but I had not prepared a solo category). It is a small magazine with puzzles all based on the same principle of zone coloring. This is an original, entertaining and most importantly, it changes us Sudoku!

Speed colors is a memory and coloring game: players must memorize a little coloring then realize it as soon as possible without exceeding. The kids love it!

Between adults: The Mind

The Mind is a cooperative game in which players must discard cards numbered from 1 to 100 in ascending order in the center of the table. No one knows the cards of their partners and it is forbidden to communicate. Of course, there is a “trick” that we discover very quickly in the first part. It is as much a playful experience that a game. In the small team of a world of games, we either love it or we get bored : there is no middle ground

In Dino World, players throw dinosaur cards to try to cover the little animals of the jungle and the dinosaurs of their opponents to eat them. Of course, the size of the animals must be respected : the large tyrannosaur is much stronger than the small velociraptor. Dino World is a fun little skill game to play as a family.

Just like the bar games in which the apéro champions try to make figures by making sub-bocks fly, you will have to show some skill and a bit of vice to send the cardboard records of Pop ! in the box or on those of your opponents. An excellent little aperitif game that looks a bit like Dino world! 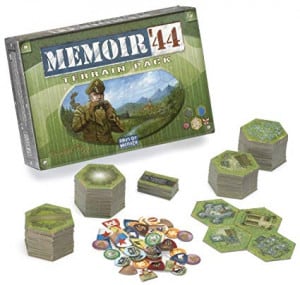 Every card of Memoir! Has color and an animal. In turn, a player must return one of the 24 cards placed on the table having a common character with the card returned previously. At first, it’s a little random, but as the game progresses, you have to remember the cards. It’s easier for children but the whole family appreciates it!

In the Peanut Club, players will try to buy at wacky auction objects and make collections using three currencies: camels, dollars, and peanuts. The originality is that the value of these coins changes during the game! It is simple, lightweight, and very fun.

Las Vegas is a simple dice game in which players divide their dice, thrown at random, into casinos in Las Vegas. As the theme suggests, the part of chance is very important, and it is above all an atmosphere game to spend a good time in small group. Las Vegas is a reissue, but since it’s one of our great classics, we had to include it in our summer selection.